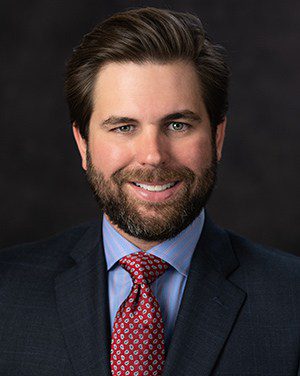 Joshua M. Zudar is an experienced trial lawyer and a third-generation Tampa native. In 2004, he graduated from the University of Florida with a Bachelor of Arts degree in Political Science. Mr. Zudar continued his education in Houston, Texas at South Texas College of Law, receiving his Doctor of Jurisprudence in 2008. After graduation, he returned to Tampa and joined Florida’s largest sinkhole litigation law firm, where he litigated first-party property insurance and sinkhole insurance claims across Florida.

Mr. Zudar started Wilson Reeder & Zudar to offer a more personalized service to his clients, broaden his practice’s focus to include serious personal injury matters, and help consumers protect themselves from a wider variety of wrongdoing by insurance companies and other corporate entities.

Before establishing Wilson Reeder & Zudar, Mr. Zudar along with Mr. Wilson and Mr. Reeder pioneered a new sector of construction defect litigation by representing the single-family homeowner, who legally had gone unrepresented against the national homebuilder association. Homeowners across Florida and Texas whose homes suffered from water intrusion caused by building code violations related to the exterior stucco systems were left to deal with the builders independently. Mr. Zudar has prosecuted thousands of stucco cases and has repeatedly obtained some of the industry’s highest arbitration awards and recoveries.

Mr. Zudar has been awarded the AV-Preeminent rating by the Martindale-Hubbell Law Directory, which is the highest possible rating for legal ability and ethical standards. He is admitted to practice before all state courts in Florida and Texas and the United States District Courts for Middle and Southern Districts of Florida. In his free time, Mr. Zudar enjoys spending time with his family, traveling, fishing, and barbecuing. In 2016, Mr. Zudar and Lee Reeder, founded Quid Pro Q Competition BBQ Team and competed in competitive barbecue competitions throughout the state.