It could have been just a “bump on the head,” or it could have been an accident where your head met something hard with great force. A blow to the head can leave you with more than a headache. After a fall or other accident, you may have experienced something more, a traumatic brain injury or TBI.

A Traumatic Brain Injury (TBI) is the result of a force strong enough to cause the brain to shake around violently inside the skull, causing brain damage. Bleeding inside the brain is one of the most common and serious symptoms of a TBI, but may not be noticed for hours or days. For instance, blood flowing into the brain case puts pressure on the brain, and can cause damage if not found and stopped quickly.

Of course, the first step after such an accident is immediate medical treatment. The next step is to find the right TBI attorney. 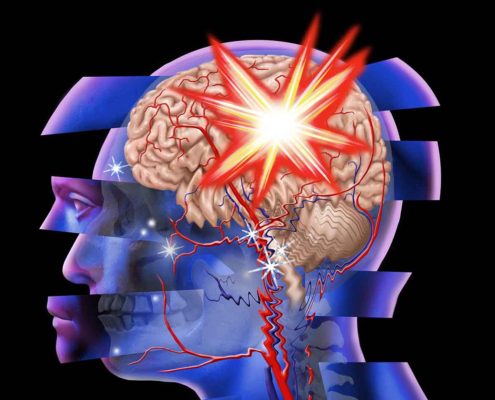 Circumstances That Can Lead To A TBI

Any type of accident can lead to a traumatic brain injury:

A patient can have complications that immediately follow the injury, such as a stroke, coma, brain infections, blood clots, and nerve damage. Other injuries can accompany TBI, such as neck and spinal injuries, broken bones, and lacerations.

This will depend on the severity of the accident and treatment directly after the accident. Someone who suffers a TBI will need time to heal, and may require inpatient hospital treatments. Even with medical treatment, some patients continue to have lingering effects after their accident, including:

The psychological impact of a TBI may make it difficult for someone to return to work or engage in social functioning. Both can lead to social isolation that can lead to a lower quality of life.

One of the first defenses that another party offers is that a TBI is due to a previously existing medical condition. To combat their defense, a TBI attorney will gather evidence, including:

The personal injury attorney you hire will investigate the accident that led to your traumatic brain injury and determine the party who bears liability. We utilize all the resources we have available to locate relevant evidence to build your claim for the insurance company, and if necessary, a lawsuit.

This is money intended to compensate a victim for losses suffered in an accident case. For someone who has suffered a traumatic brain injury, the damages can be considerable. Damages generally fall into two categories, economic and non-economic. Both can be sought in an insurance claim. Punitive damages are only available through a lawsuit.

Punitive damages are awarded in cases where injuries are caused by someone’s negligence, or other malicious or fraudulent activity. It’s intended to be a punishment against the other party, and deter others from the same type of actions.

Why It’s Important To Hire A TBI Attorney Immediately

Whether it’s you or a loved one who’s experienced a traumatic brain injury after an accident, legal representation is vital. If someone else is responsible for your TBI, we can hold them responsible for the damages they’ve caused and the expenses that followed.

The first step is filing an insurance claim with the other party’s carrier. But insurance companies are in business for the purpose of making money, not paying claims. They would rather deny your claim or pay the smallest settlement they can get away with. If you say or do something wrong, it can sink your claim before you even file.

Most legal cases are difficult to handle without an attorney. Filing deadlines, documentation, and evidence are just some of the important parts of building your case. Handling your own case without the skills and experience of a TBI attorney can ruin your chances of an optimized settlement.

Working with a TBI attorney can help you recover the compensation you deserve, including damages to cover your medical expenses, lost wages, pain and suffering, and more. Our attorneys can deal with the insurance companies on your behalf and make sure you’re treated fairly.

Get Help With A TBI

Our traumatic brain injury attorneys are ready to represent you and seek out the maximum compensation you need and deserve. We can help you take the opportunity to hold the negligent party liable for their actions.

Because we understand TBI, we know the obstacles you’re faced with during recovery. We believe it is our job is to make the process easy for you so you can get through it and move forward.

If you or a loved one has suffered a traumatic brain injury and are in need of help, call us today at 813-575-4100 or contact us with the button below. We’ll schedule your free consultation and let you know how we can help.