Homeowners need to be aware of what is happening in the Florida legislature with respect to proposed construction defect legislation. Two competing bills have been proposed in the Senate (SB 736) (https://flsenate.gov/Session/Bill/2022/736) and the House (HB 583)( https://myfloridahouse.gov/Sections/Bills/billsdetail.aspx?BillId=74215&SessionId=93). Both bills are making their way quickly through the Senate and the House. The Senate bill was recently amended to make it extremely unfavorable to homeowners and effectively does away with causes of action under the Florida statute that is the enforcement mechanism for the Florida Building Code. HB 583 also makes significant changes that would affect homeowners negatively.

Changes to § 553.84, Fla. Stat.
Since 1974, homeowners who have been damaged have had a cause of action in Florida against those who violate the Florida Building Code pursuant to § 553.84, Florida Statutes. The wording of the statute has changed slightly over the years, but the overall intent of holding builders accountable has remain unchanged. Under the Senate’s proposed legislation and its most recent amendment, Florida Statute § 553.84 would essentially be eviscerated. Though the Senate would argue that there is still technically a cause of action, the wording of the proposed legislation severely limits what homeowners can do. Under the new bill, the building code violations would have to be “material” violations. The term “material” is defined by the legislature as causing “significant damage.” The legislature then defines “significant damage” as damage so severe that the repairs would equal 25% of the market value of the home. 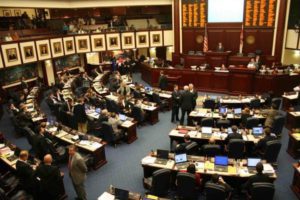 Aside from the fact that there are numerous vague components within this new definition, there appears to be almost no home repair that would fall into this definition. A home valued at $300,000, for instance, would need a verdict of $75,000 to qualify. Thus, a home that has defects that were so severe that they caused only $74,000 worth of damage would not be entitled to recover anything. Moreover, a home that increases in value appreciably will potentially never be able to be covered. For instance, a home that is purchased in 2022 for $250,000 would need $62,500 to qualify as “significant damage.” However, if that home increased in value to $400,000, the same home would need repairs totaling at least $100,000 to qualify – an amount that is actually 40% of the home’s original value. (This is one of the vagaries that the bill does not clarify.) Even if original homeowners are able to find alternate theories of seeking relief, subsequent purchasers will have no such luck as they have no contractual privity with the builder.

Those who are seeking to have home improvements also need to be aware of the impact of this bill. A bathroom improvement where the contractor improperly installs a shower pan, for instance, could lead to major damages to the wood surrounding the shower and would result in a complete tear out and replacement. That job, though, might only cost $25,000. If the value of the house as opposed to the value of the improvement is the guidepost, no defective home improvement would ever qualify under this proposed bill. A home that was valued at only $101,000 would not even be low enough to allow for a recovery under the proposed definition.

On the Senate Floor, the author of the bill, Sen. Travis Hutson-R was under fairly vigorous questioning from fellow Senators in the hall when the matter was taken up on February 10, 2022. The video of the most vigorous questioning can be found here beginning at the 1:07:00 mark: (https://flsenate.gov/media/VideoPlayer?EventID=1_nty0d3lq-202202101330&Redirect=true). Senator Ausley-D asked Senator Hutson about the “significant damage” issue mentioned above. Senator Hutson indicated that homeowners could still bring claims if there was fraud or if there was a breach of contract. Obviously, subsequent purchasers would have no cause of action at all.

When asked who determines market value (property appraiser, Zillow, private appraiser), Senator Hutson admitted that he had not specified that in the proposed bill by stating, “I believe…you can use, er, use either/or.” As a follow-up, when asked when the market value is to be taken into account (at the time the house is built, the time of the 558, at the time of verdict, etc.), Senator Hutson stated, “Again, we did not specify that, so I would assume that when you file the claim you would make the argument that what the price of the market value of the house is then, uh, but it’s uh, it would be up to the claimant in terms of how they want to do that market value.” In other words, Senator Hutson is pushing legislation that he himself does not understand and can only surmise what some of his own proposed language means. 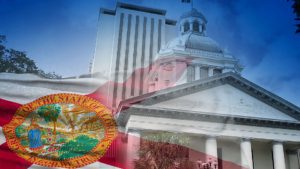 Another major component to the proposed SB 736 is Senator Hutson’s attempt to make sure that homeowners use settlement funds to fix their homes. Clearly, Senator Hutson does not realize that most homeowners with defects want nothing more than to fix their homes. His attempt to make sure funds are used for repairs was to put a provision in the proposed bill that required that all pre-suit settlement funds to go directly to the contractors. The problem is that general contractors do not tend to take homeowners seriously unless they have an attorney and because there is no provision in the statutes or in most sales and purchase agreements for the recovery of attorneys’ fees, those fees and costs must come out of any settlement. What Senator Hutson has done is set up a procedure that requires homeowners to get an engineering report before bringing a construction defect claim and then going through a confusing process to attempt to possibly reach a pre-suit settlement. This necessarily will require the help of an attorney in almost every situation except for the most adept of homeowners and the attorneys in most cases would be expected to advance the costs for the engineering report. Senator Hutson even admits as much. “In the initial payment, I would assume it’d be, uh, the claimant or the attorney that’s representing them to get the inspection probably would bear the upfront cost. But in the settlement agreement accepted and/or the agreement that the parties may enter into, it could be shift[ed] back to the burden of the builder if they choose to settle that way.” Senator Hutson’s last sentence is either inaccurate or the wording of his proposed bill is so poor that it does not reflect his intention.

In this regard, the proposed statute expressly states that if a settlement is reached pre-suit, the offeror or insurer must pay the settlement funds directly to the contractor doing the repair work. Whether intentional or just poorly worded, this would mean that attorneys could not get paid back even the costs used to obtain the engineering report that is necessary to bring the claim, let alone any fee. There is also no discussion about what should be done with money that is left over in the event the repairs are less that the settlement amount. For instance, if a homeowner settles a case for $20,000 and is able to find a contractor who can do the repairs for $10,000, what happens to the remaining $10,000? Does the builder just keep that money? What attorney would ever take a case when he or she could not get paid anything, even costs advanced? This would leave the homeowner having to pay the attorney out of his or her own pocket, which most homeowners are unwilling to do.

Changes to § 95.11 (Statute of Repose)
As if that wasn’t enough, Senator Hutson has proposed that the statute of repose for latent defects be reduced from 10 years to 7 years on single family residences. Statutes of repose set the outside date for when claims can be brought even if the homeowner is completely unaware of the defect. The one exception to that is if the homeowner can prove that the engineer, architect or contractor or his or her employer fraudulently concealed the defect. In that instance, the action can be increased to 10 years under the proposed Senate bill, which is where homeowners are now without having to prove a fraud component. Thus, for homes that have hidden defects causing damage to the house, even if the homeowner doesn’t know about it, there would be no cause of action if the defect is discovered more than 7 years after the house is built (absent fraudulent concealment).

In the House, the matter started off fairly well in the Civil Justice and Property Rights Subcommittee when the subcommittee unanimously agreed to a full repeal of Chapter 558, the often criticized statutory scheme originally meant to promote pre-suit resolution. There was no revision to the statute of repose with the first proposed bill. As of January 19, 2022, all looked fairly favorable in the House.

On February 4, an entirely new bill was filed in the Regulatory Reform Subcommittee. This time, instead of a full repeal of Chapter 558, the proposed bill amended the Statute of Repose from 10 to 7 years for single family homeowners unless there was a material violation (defined similar to the Senate bill) which was shown to have been done with actual knowledge of the violation. In that rare instance where a builder deliberately violated the building code and that actual knowledge could be proven with clear and convincing evidence, the statute of repose would be moved to 15 years. That bill passed the Regulatory Reform Subcommittee on February 8 and now has just one more subcommittee to go through before it makes its way to the House floor. We are desperately hoping that the Judiciary Committee, chaired by Erin Grall-R (District 54 – Indian River and part of St. Lucie), sees that this bill is extremely harmful for all Florida homeowners.

There is Still Time and Hope

All homeowners and potential homeowners should be well aware of what the Senate and House are proposing. In the wake of the horrific building collapse in Surfside last year, the legislature is seeking to reduce the time to bring latent defect claims and effectively do away with all building code violation causes of action entirely. The goal of this legislation is clear: it is meant to put a chilling effect on claims made in Florida and allow builders to return to the days where they could construct with little fear of being held accountable. It is not too late, though, to speak up and let your local representative or senator know your feelings about this issue. There is still a required third reading in the senate before it can move forward and the house bill still must go through several more steps before making its way to the full chamber. Please contact your legislators and let them know how disastrous this legislation can be. You can find your local senator here: https://flsenate.gov/Senators/Find. You can find your local representative here: https://www.myfloridahouse.gov/FindYourRepresentative.

***IF THERE ARE ANY CURRENT CLIENTS OF THE FIRM WHO ARE INTERESTED IN TESTIFYING BEFORE THE JUDICIARY COMMITTEE SHOULD THIS BILL BE CALENDARED, PLEASE CONTACT US IMMEDIATELY AT (813) 575-4100.****

1. ‘Why are we protecting people who do this?’ Florida bill would reduce time for homeowners to file claims against builders

2. Building boom could be ticking timebomb for homeowners if bill passes, advocates warn

Your Legal Rights in a Construction Defect Case